I was looking for a quick and fun read this week and one of my go-to authors for quick reads is Reed James, this time I read his Hot Wife Spurned (Futa Divorce Lawyer 1). 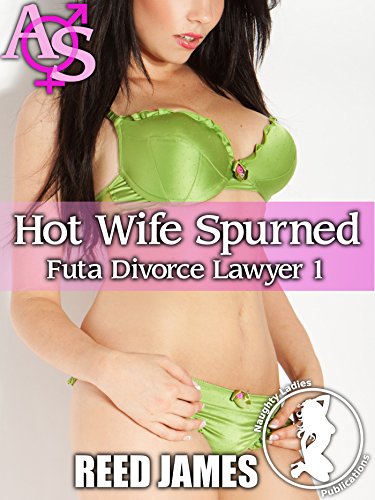 Priscilla is a futa lawyer who has recently started her own practice but is struggling mightily and has yet to have her first client. She does, however, have a hot married paralegal whom she is happily able to use to relieve her stress. On the day we meet Priscilla she happens to be using her paralegal for just such stress relief when her first client walks through the door. Phoebe wants more than just a divorce, she wants to humiliate her husband and Priscilla  is more than willing to help her with that.

This is a very short story that is the first in a series, it is also very well written, sexy, and fun to read. Don't be expecting in depth character development or plotting, but you can expect an easy read that is enjoyable and titillating.

I'm giving Hot Wife Spurned five out of five paddles somewhat conditionally. If you are a Kindle Unlimited customer you can read this story for free, otherwise it carries a $2.99 price tag, and again it's a very quick read, I was through it in about fifteen minutes so take that into consideration.

Posted by Shaun Putaine at 9:31 PM No comments:

Audiobook review: Memoirs of a Sex Slave by Billierosie

Some authors have a gift of delivering raw eroticism through their stories, this week I'll be reviewing a story by just such an author: Memoirs of a Sex Slave by Billierosie. 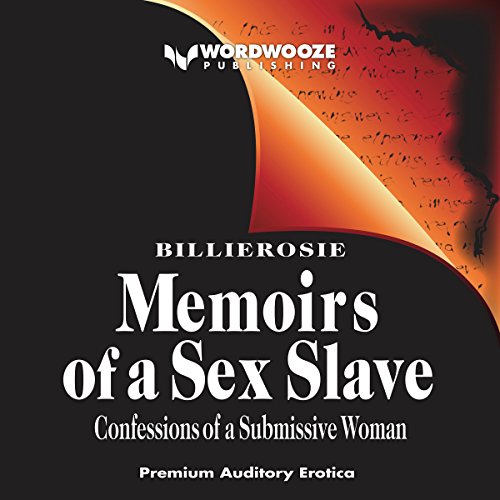 I listened to the audio edition of this story which was narrated by SweetlySensual_Sara. The narration was fine, but definitely not outstanding, Sweetly Sensual could possibly be replaced with Slightly Sleepy, I just thought that Sara was not that into it.

The story itself was terrific,. We hear the reminiscences of Elektra who is at a later stage of her life and living in a retirement home; we are given some glimpses into the life she has lead as a submissive woman serving her beloved Master. Billierosie has a wonderful voice and the story flows fluidly, hotly, erotically as Elektra revisits her experiences of love, pain, and degradation; sometimes crossing the border into the taboo.

Posted by Shaun Putaine at 9:32 AM No comments:

One of the great things about reading an anthology is getting to sample the work of authors you may not be familiar with; and perhaps discovering new authors whose work you enjoy. This week I will be reviewing an anthology containing works by thirteen different authors.: Chemical [se]X 2 by Oleander Plume – Angora Shade – Jayne Renault – Dr. J. – Sally Bend – F. Leonora Solomon – Ria Restrepo – Mischa Eliot – Kristi Hancock – Wednesday Noir – Rachel Woe – Delilah Night – M.J. Spencer.

The common theme of all the stories in this anthology are chocolates that have an aphrodisiac effect, beyond that the stories vary widely: you will find M/M, lesbian, straight, and more in settings from contemporary to fantasy, to mythical. There is something for everyone in these stories. All the stories are well written, they flow nicely, and they are all sultry; this book is a pleasure to read.

I highly recommend Chemical [se]X 2, its a great way to acquaint oneself with thirteen different authors by the purchase of just one book. I'm giving this anthology four out of five paddles.

Review: I'm The One You Need by Rob Matthews

Rob and Tina's story is continued in this book as they pick up the pieces from their last adventure (or misadventure) and move on into the future. I'm glad to report that Charlotte is still in the mix, and still as intriguing as ever.

After being rescued by Rob and Charlotte from a rather degrading situation, Tina takes little time to recover and regroup before launching herself and Rob into another situation that is going to test their relationship to, or perhaps beyond, the breaking point. Meanwhile Charlotte shows the reader that she is quite capable of making poor decisions in the name of lust as well.

Once again Mr Matthews combines interesting characters, well developed scenes, some steamy eroticism, and an intriguing story all of which makes for a very enjoyable reading experience.

I can't help but feel a bit sorry for Rob, and a bit peeved at Tina, as things unfold in this story but that is part of the greater narrative; Tina always knows that Rob will be there for her, but maybe he does have a breaking point? Maybe Tina can push too far?

To me this book did not have quite the same emotional depth as the other books in the series, perhaps because Tina keeps making decisions that push the boundaries of their relationship so far to the extreme,but I still found it to be a very good read.

I received a free advance copy of this book in exchange for an honest review.
Posted by Shaun Putaine at 4:33 PM No comments:

Audiobook review: Spanked by His Mistress by R. Grecco 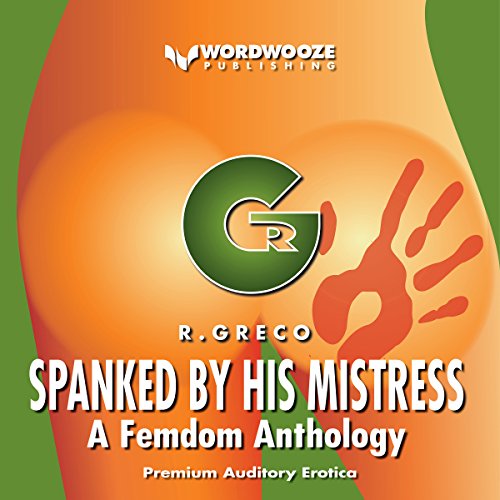 Spanked by His Mistress is made up of eleven short stories all of which are very well written and make for quite an enjoyable listen as they are brought to life by the narration of Maxx Power. As usual, R. Grecco delivers fun and tittilating, well written stories that flow nicely.

Posted by Shaun Putaine at 11:11 AM No comments:

I'm back and this week I'll be sharing my thoughts on Learning to Obey by Jocelyn Gray.

This book is divided, more or less, in half by two stories.  Both stories are gender swap tales.

The first story is Better This Way. Grant is an overbearing ass of a husband to his sweet wife Darcy. Darcy is getting tired of Grant's domineering ways and a friend of hers provides a solution; magic that will switch Darcy and Grant between their bodies.

I liked the premise of this story and felt like it had a lot of potential, the problem was the editing is just atrocious. There were so many missteps in the writing and editing that I could never get into the story, I just kept stumbling over mistakes that were grievous enough to pull me out of any chance of involvement with the plot. I really hope the author will come back to this book and edit more carefully.

The editing in the first story was so bad that I almost put the book down, however I decided to push through and I'm very glad I did because the second story, Fair Trade, is a gem.

The protagonist in Fair Trade is a scientist who has invented a machine and process to rewrite human DNA. On the verge of beginning human testing he is in need of more funding; he finds a donor but the donor has a condition that is less than ethical, the donor wants Natalie, the scientist's beautiful and haughty assistant, to be transformed into a sex slave. When the scientist attempts to transform Natalie she turns the tables on him.

Fair Trade was a very good story; it was fun, entertaining, and sexy. The editing was much better in this story, while there were a few mistakes it was quite readable.

I am giving Learning to Obey three and one half paddles, it's worth picking up just for the second story and if you aren't as bothered by bad editing as I am you might enjoy both stories.

Posted by Shaun Putaine at 2:48 PM No comments:

In this review I'm going to be sharing my thoughts on a book that's a little different than the usual erotica I discuss here, this is a murder mystery: The Killer Wore Leather by Laura Antoniou.

Detective Rebecca Feldblum is assigned the case, after all she's an out lesbian so these must be 'her people' according to her lieutenant. Not so much in reality, Rebecca and her new partner are more than a little mystified as they delve into this world of Dommes, Masters, subs, and Zodians.

This is a terrific book. The murder mystery is pretty good and well thought out, especially considering this is Antoniou's first foray into the genre, but what is really fantastic is the tongue in cheek glimpse into a kink convention. Antoniou knows kink conventions and contests well; and her wit and humor bring this particular one, and the participants, to life in a way that had me chuckling and laughing out loud throughout.

This is a great read and gets five paddles from me, I highly recommend.

AKA Mistress' paddle (AKA Ouch!!)

Contact Shaun: Ask to have your book reviewed, ask a question, or just say Hi. 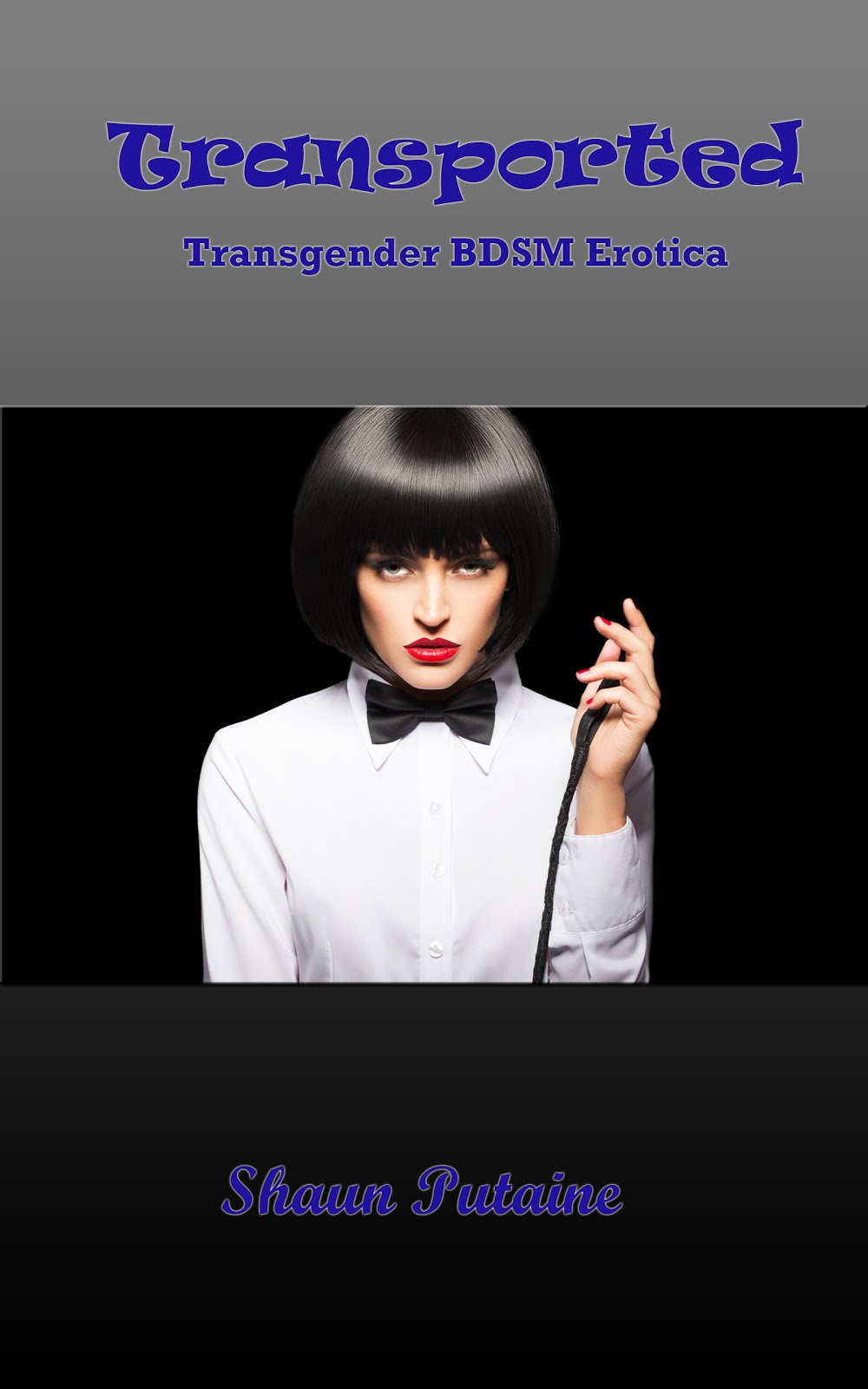 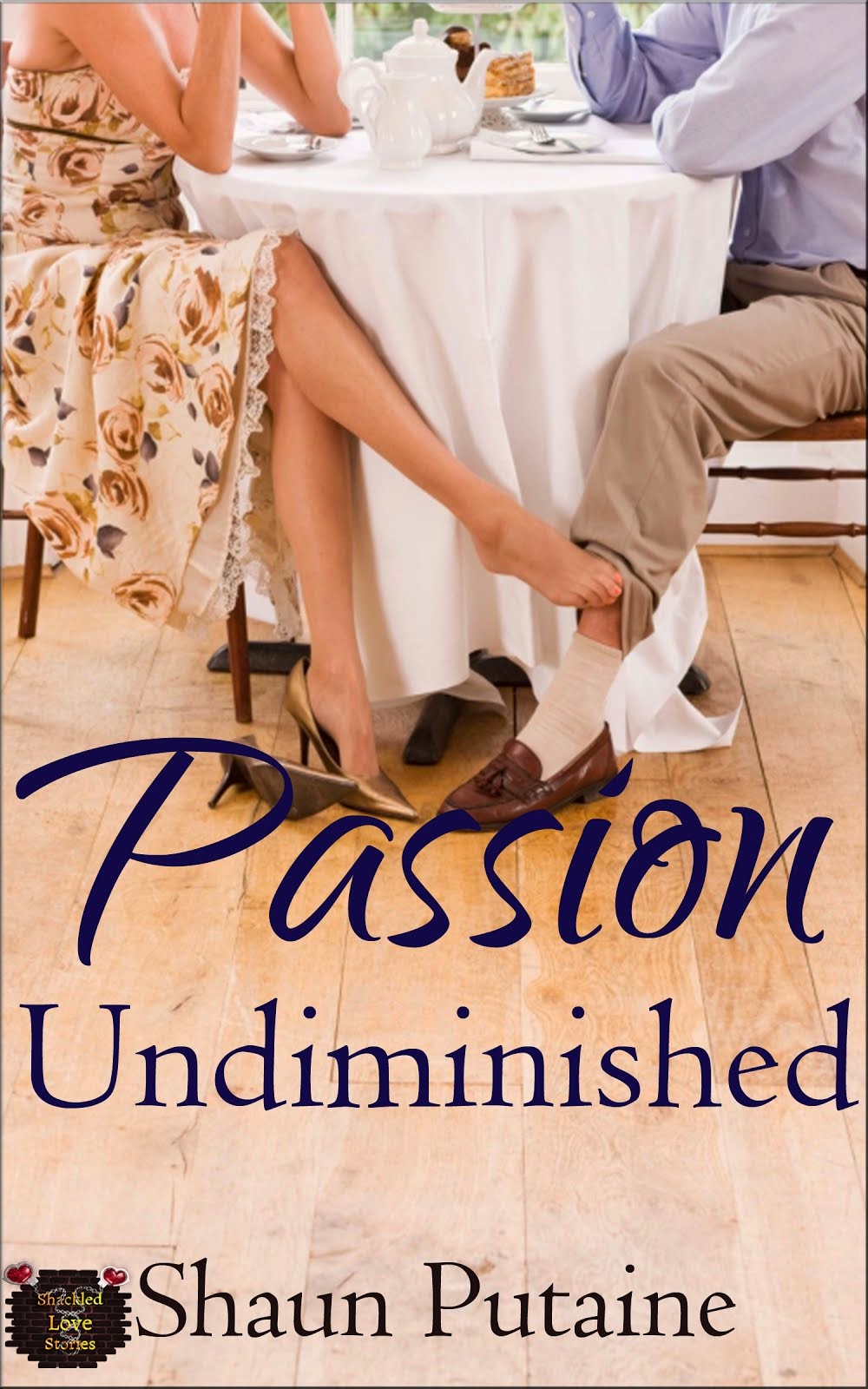 Passion Undiminished (Book 1 in the Undiminished series).Novella available at Amazon.com and other ebook retailers. 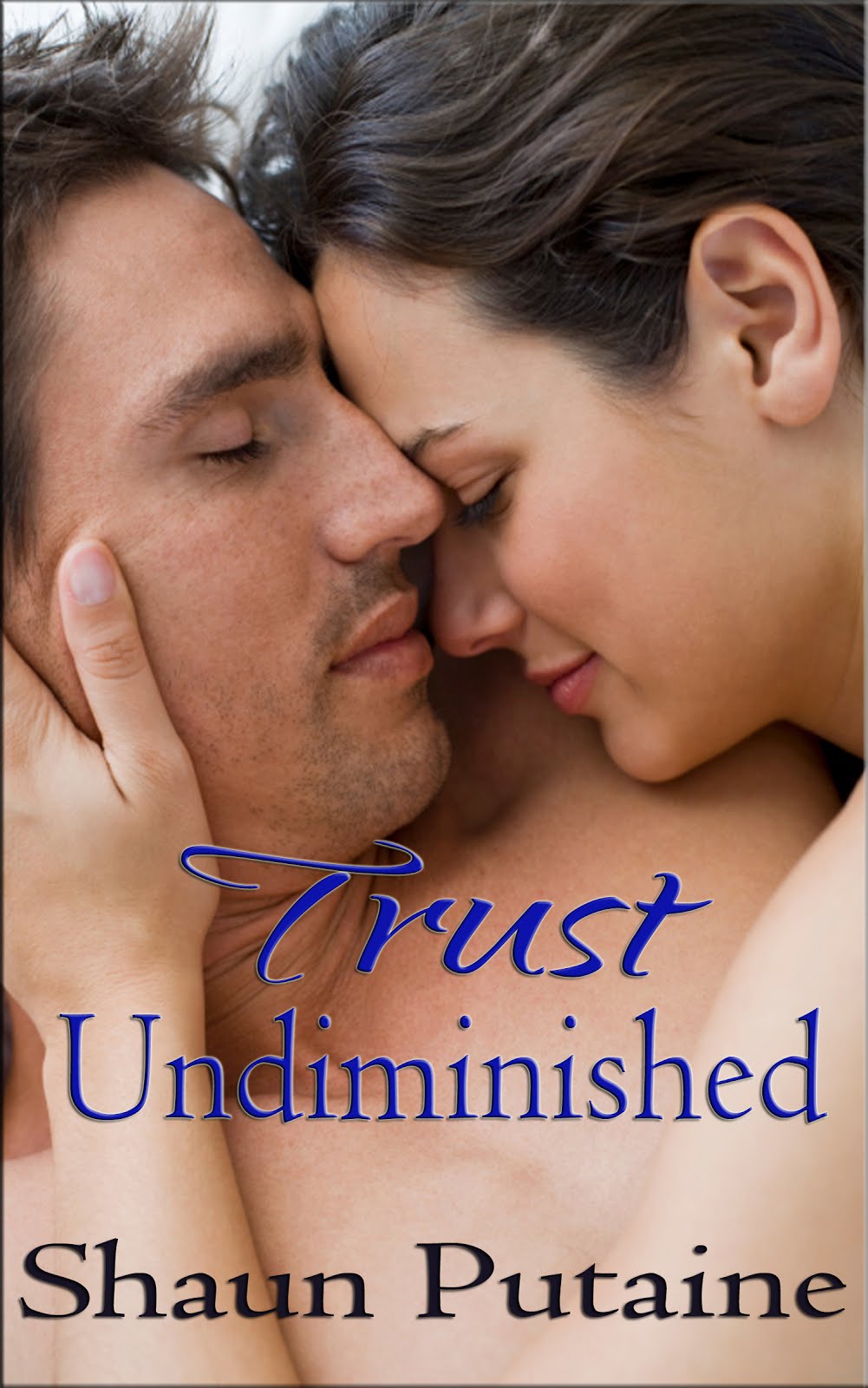 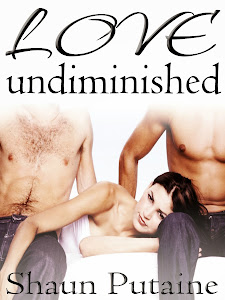 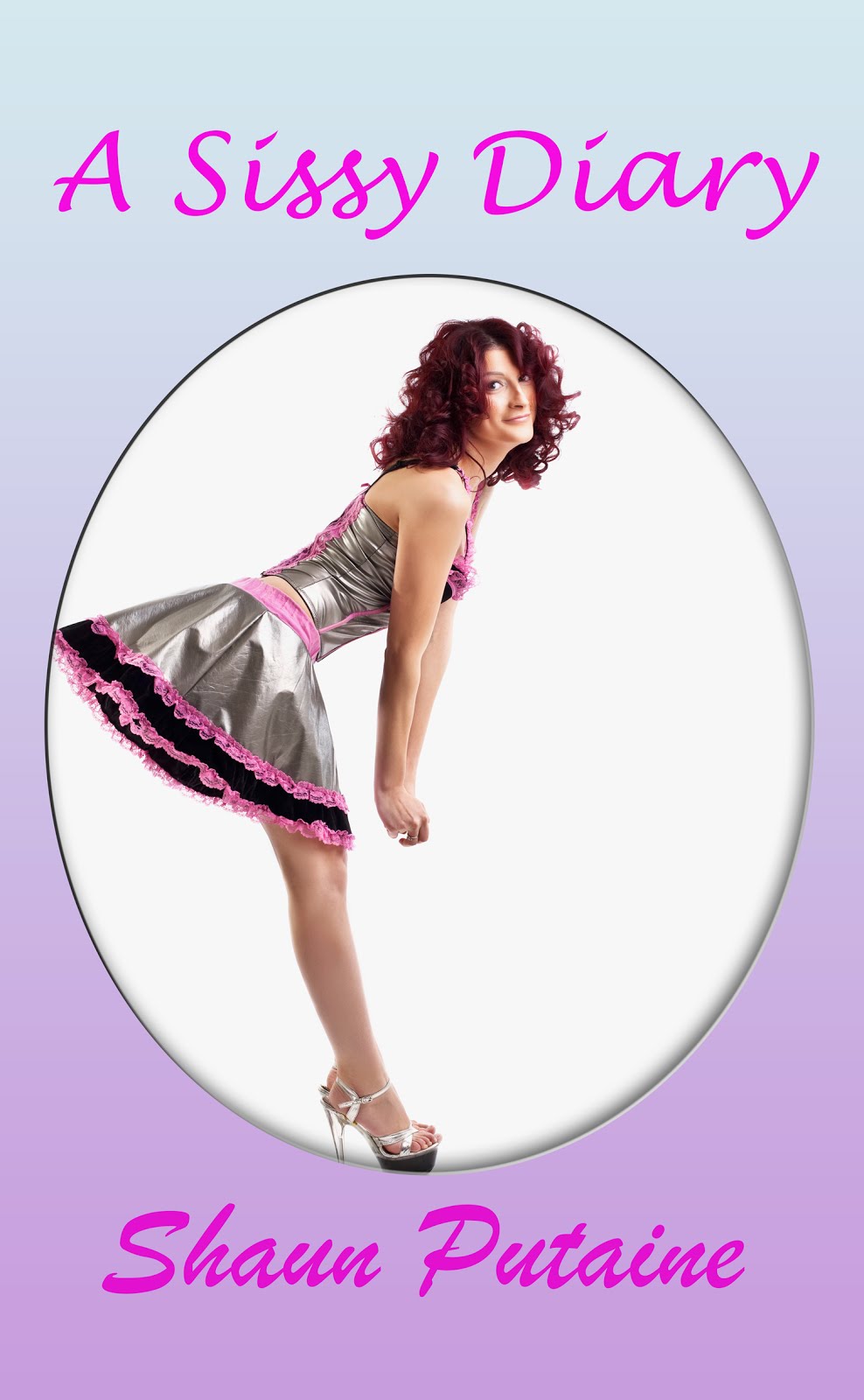 A short sissy story now available at Amazon and other ebook retailers.

Check these pages out!